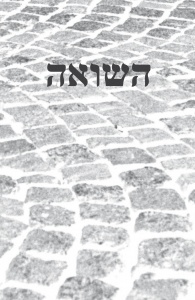 The principal incentive to publish this book was the increasing presence of the issue of the Holocaust, not only in historiography, theology or political science, but also in the wide public discourse: namely in the Mass Media, comic books, popular cinema and critical artistic practices that enter the urban spaces courageously and engage both passers-by and tourists. History is no longer restricted to the competence of professional historians. Hence, they try to modify the traditional patterns of narration sometimes making them similar to the artistic discourse. The Holocaust became a criterion for the critical judgement of Western philosophy connected with the question of consequences of “identity thinking” and the relation between epistemology and ethics. It also initiated reflections upon the political engagement of philosophers such as Derrida, Lyotard, Rorty, Finkielkraut or Habermas, involved in public discussions about “The Case of Heidegger”, “The Case of de Man” or the less known case of Eliade.

This is one of, the very few occasions for the non-Polish readers to confront face-to-face ghastly and tragic knowledge carried from the innards of the Nazi hell: to hear voices of million once earmarked for annihilation, of those yet numerous who against their will had been numb witnesses of hellish inhumanity and are still trying to come to terms with the experience defying human comprehension, and of those few who stood up to infernal forces - as their conscience would not allow them to place their own life ahead of the lives of the others... The insights of foremost Polish scholars collected in this book help us, like no other study can, in our struggle to understand how one can (or at least how one tries) to live with the memory of such experience of one's own and those around, and how artists or poets can (or at least how they try) to help us in that struggle...